5G is up and running and ready for 2019. Kind of. It isn’t really ready for mass market yet, but we will start seeing it come to our mobile handsets, maybe as early as March 2019 with the announcement of the Samsung Galaxy S10, 5G edition(via CNet). What is 5G you ask? Just to K.I.S.S., it is the next evolution in mobile internet access via mobile devices like the smartphones and tablets that we carry with us today; though tablets may be on the way out (via Forbes). 5G will mostly likely, double, triple or even quadruple the speeds that we have with our mobile devices on 4G LTE (via PCMag). It is the next evolution in our mobile internet broadband access for the world to use. The fun part about it, is the race to be the first to have it. Well, as of recently, if you have an At&t device, you may be seeing it pop up on your phone, like this: 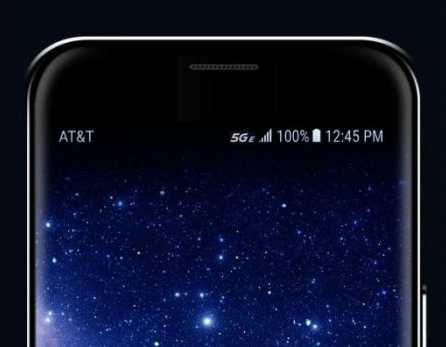 Are you able to see the difference? It’s very subtle,  but you may be used to seeing it this way. Let’s zoom in a whole lot. 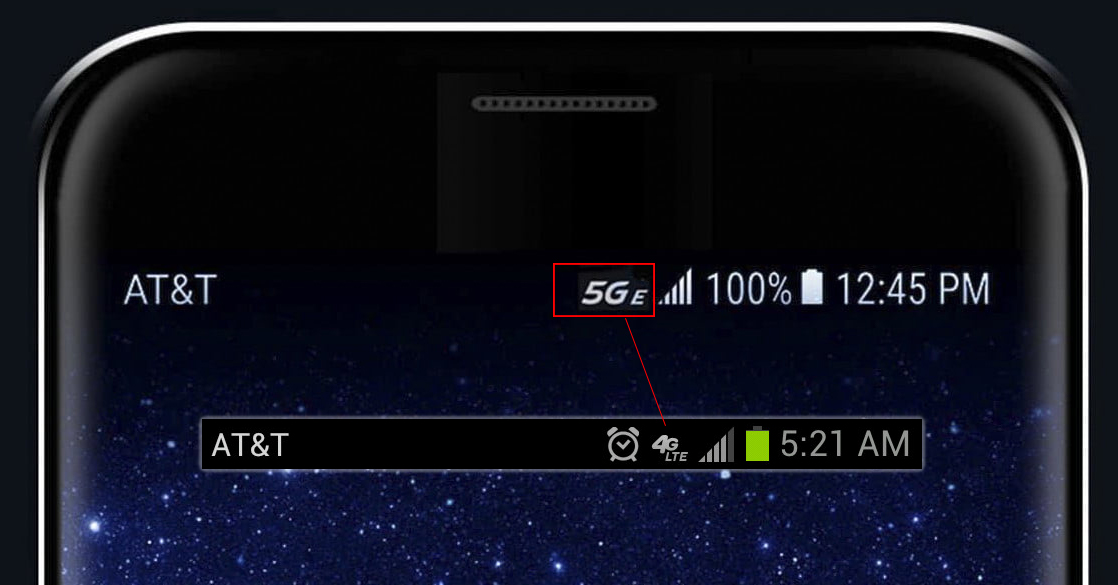 Can you see it now? You may be used to seeing that 4G LTE logo on most At&t phones, or some fashion of it. It may just be the text AT&T LTE in the top left hand corner of your phone, depending on the software. As of this writing, I would say that 99.9% of At&t customers are used to seeing the LTE logo on their phones now, but as of 2019, it looks like At&t is starting to swap some customer’s icons to the ‘new’ 5G as they are touting 12 cities with 5GE capabilities available (via FierceWireless). The overall problem that I have with that is, that the handsets are not yet available that have the 5G modems that can receive the signal and most likely, won’t be available until later this year, if not until 2020.

Now this is a similar tactic that was previously used by At&t back in 2012, when they basically did the same thing and started labeling HSPA+ (a 3G .5, or 3.5G technology) as ‘4G’. I actually wrote about this when it happened back in 2012. T-Mobile actually started the whole snowball by labeling their HSPA+ 3.5G as ‘4G (aka FauxG) with their whole Carly Foulkes marketing campaign and At&t followed suit (via DigitalTrends) after finding out that no one really cared.

So now, here we are again, where companies are allowed to put labels on things that are not truly what they are. The fun part about it is, that companies are now trolling each other for the shenanigans. Check out T-Mobile’s response on Twitter:

didn’t realize it was this easy, brb updating pic.twitter.com/dCmnd6lspH

As stated above, and linked in the Digitial Trends article, it was At&t who condemned T-Mobile for the sudden change in marketing tactics, even though the technology didn’t match up with the labels. So now, in 2019, the shoe has swapped and T-Mobile is trolling At&t for the same exact behavior. While I don’t like the marketing tactics of either, it can start to be confusing for the consumer, as salesmen at the store can start using this as a selling point, even though the phones have not reached the capabilities for 5G yet. As the Verge points out, the ‘5GE’ that is currently being changed, is really only LTE Advanced or LTE Advanced Pro in the current markets.

All of my issues aside, as this has happened in the past, even dragging Apple (via the Verge) into the mix, I am just tired of companies making things more confusing for the customers at the bottom and just getting more $$$ in their pockets with marketing jargon. I just find it very funny that all of the wireless companies are repeating past mistakes and no one is really on a national level calling them out and most general consumers will never care to be educated about the things they are being sold on past the cover of the book.