Well it seems since Apple purchased Siri last April (2010), this new update to the iOS in June may be the reasoning for that purchase. There are rumors flying around that the voice recognition that is currently in the iPhone will be deeply integrated into the next iOS update. Siri originally won the 2010 Most Innovative Web Technology award at SXSW. The app helps you with voice activated commands and searches instead of having to type into the app. It’s great because you can do voice commands like “I need a taxi.” or “Where is the closest grocery store?”.  There was supposedly at one time a command to call people inside the app, but I don’t see it the latest update to the app. It just leaves a text confirmation that it isn’t there yet, but coming soon. So is that a pre-cursor to validate that this rumor could be true? I don’t know, but it will be revealed soon.

The iPhone currently already does some of these voice commands like Call Jeff or Play Breaking Benjamin, but it maybe that this new update could bring more commands to the already popular iPhone.

via [Digg] via [Edible Apple] 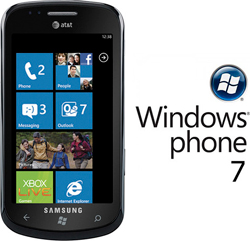 Well it seems the NFC rumors are getting louder and louder about NFC. With all the rumors about this technology going into the next iPhone, then not going into it, then it is; it seem that Microsoft wants to get into the rumor mill as well with its phones. These NFC chips are already being tested at Bank of America and in San Francisco. Right now though, this is all blackberry testing, no iOS or WP7 devices yet. It seems that the devices could support this technology even as early as this year. What is bad, is that Nokia already ships devices with this chip in it. So it seems everyone else is behind and trying to catch up.

Could this be in your next WP7 device? Could it be in the upcoming iOS update?

I can’t hardly wait to be honest, that’s one less thing that I have to carry with me when I go to concerts and events!!

(watch this trail… I thought it was funny to see how this story got around the web, since I found it on Digg first)

via [Digg] via [IntoMobile] via [Engadget] via [Bloomberg]

Ok, so I saw this, and I had to put something up. This kid has hacked his Kinect, along with some crazy software connected to his laptop to make it work with his PS3. I love homebrew stuff. This is awesome! Next thing ya know, Sony will have to stop selling the Move accessories! Ha ha. You can check out how he did it with the link above, check out the video below:

Basically it allows you to search via the camera on your phone. Google says you can search via a picture of a landmark, book cover, DVD/Blu-Ray cover, artwork and logos. Just simply take a photo of the item and it should bring up the appropriate search result. Now I have seen a review on the app on Verizon’s Motorola Droid on AppJudgement and it seems that it is currently a work in progress. It didn’t seem to work very well on the barcodes, but seemed to be fine on the covers. It will be very close to other apps like Yelp!, but won’t be the augmented reality like in yelp. It will help find some of your searches in nearby stores for price comparison though. This is awesome for the Android platform, but what about the iPhone? As of the other day, TechRadar said it has confirmation that the program will soon hit the iPhone as well! Awesome! Can’t wait to try this app out!

via [Digg] via [TechRadar]