As you see above, this is the former Nashville Mayor Megan Barry who recently resigned this last Tuesday. She is coming down the stairs of the booking release location in downtown Nashville. I am going to severely irritate a lot of people with this post, but I don’t really care. So we found out that she has now admitted to and has now been charged with felony charges of theft in the amount of $11,000 along with her former security guy, who is being charged with theft of $60,000 in the form of overtime pay. The overall end case is that she is ONLY BEING GIVEN PROBATION for 3 years and she pays the city back in restitution. SERIOUSLY?!?!?! If this were you or I, this would be a whole different ball of wax. Understandable that you or I are not the former Mayor, but still, this is a SLAP on the wrist at most. After she completes the probation, she then can have the record expunged off of her record as if it had never happened. REALLY?!?!

This fine she has to pay in restitution is nothing to her. $10k for her is like us buying a really nice thing for ourselves. Maybe a $1,000 thing that we can pay for over time very easily, but still. The woman had an affair with her head of security and pays the man overtime? Are you kidding me? This is where I will lose the ‘progressive’ people. I have a SERIOUS ISSUE with the fact that this lady had an affair as a PUBLIC official and then continued on in her position for like 3 or 4 weeks and acted as of nothing had happened. As if she didn’t ruin her husband’s life or as if the fact she knew that she had paid overtime to her head of security while having the affair.

The worst part about it, is the fact that she laughed at the press conference. She laughed, as if she knew that she had gotten away with it and was getting off with just a slap on the wrist. I listened to a friend of mine’s podcast (Blame Your Brother, Episode 82) and I have to agree with David B… The lady is showing no remorse in this situation. It’s as if she knows that tricked all of the city of Nashville with her ‘good work’ that she has been doing over the last few years and doesn’t even care that she is wrong on two levels. Check out her mugshot from below and again, I agree with Dave on this one… That smile. I just want to smack that smug smile off of her face. 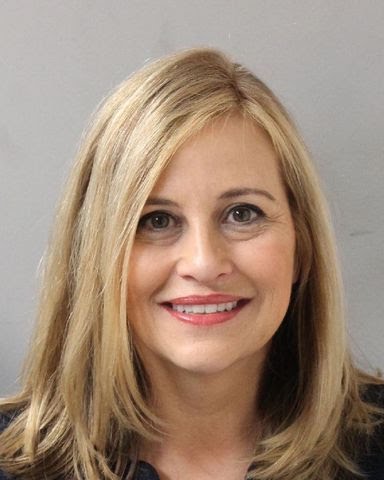 I just have a hard time with it, because she knew it was going to become a public piece of information and she knew good and well that she wasn’t going to have to stick around in booking very long. This is not the face of a lady who is remorseful or someone who has learned her lesson in any shape form or fashion.

I have read so many defenders of this lady because of ‘all the good’ she did for this town. I’m not debating that and I honestly don’t even really care. I have heard a few times over, that people like me are ‘prudes’ because we feel that a public figure should be better than us, that they should live to a higher standard. This is why we vote you in. You are supposed to be an example to the people of your city of what should be done, not what everyone else does. That alone in itself is what I have heard over and over. “We all do it. She shouldn’t be crucified for having an affair.”

NO. JUST NO. NO WE ALL DONT DO IT. Just because you have been married two or more times or you see that a general number of people around you are the same way, doesn’t mean we all do it. You only say that because that is what you chose to expose yourself to with the friends you chose to be around you. You chose NOT to be better and chose only to have friends who are like you or worse, so you don’t have to feel bad about what you are doing. People who don’t want to have their wrongs shown or brought to light, don’t hang around people who aren’t doing what they are doing, because they don’t want to feel bad about what they are doing. Yes, I basically repeated myselfy there, but it bears repeating.

I find that I like to hang around people who are better than me, so that I can make myself better or strive to be better. I like to be competitive and see who can do better. I want to be a better person. This, again, is where I lose a lot of people. I understand that most people don’t care or don’t want to be better and I can’t change that, but I also can’t change who I am, so I can’t agree with you on the fact that “we all do it”, because “we” don’t.

I just feel that if we elect a public figure, they need to better than us, so that we have someone to look up to. Someone to be the example of what we need to be. In some aspects, I can agree that is what this Mayor was. I just can’t agree to feel bad for her or try to overlook her “sins” for all the good she did. She deserves way more than that she is getting, because of ot were you or me and we removed the title of Mayor and we stole $11,000 and helped someone else steal $60,000, we would never see the light of day again.

That’s my rant and if you made it this far..I appreciate it.

Shout out to the Blame Your Brother podcast. Check them out at Bybpod.com for other cool topics and things to talk about. They have a YouTube channel and stream live every Thursday night.